The world has turned upside down.

What if clothing has turned upside down, too?

The theme is based on the word “DOUBLE-END”, which means “double-ended” in the sense of tools, pens, brushes, etc.
This season, beautiful people finds a further new dimension, a vertical one.
By focusing on the point and axis that exist between the TOP and the BOTTOM of a piece of garment.
The top and bottom can be both used, switching from one shape to the other in the flip of the axis.
It creates pieces that function at the same level even when the clothes are rotated and the two ends are flipped.

At the runway show, models appeared in pairs wearing the same clothes, accessories, and bags
with their tops and bottoms switched, presenting a “DOUBLE-END” collection.
One of the highlights of the show was the casting of a diversity of models that blurred the gender boundaries as seen from past seasons.
Another highlight of the show is the stylings that switch between masculine and feminine silhouettes
by flipping the top and bottom of the same piece.

In the center of the stage, there are two inverted pyramids on which a 3D video of the models is projected.
Each pyramid has four monitors at its base, and the videos are exactly the same,
but by constructing the pyramids upside down, the models are also projected upside down.

Volumes are flowing, liquid and endlessly reconfigured both ways.
Turning the classic and 90s deconstruction fashion upside down, the collection is imbued with the will to offer a new point of view on prêt-à-porter.
beautiful people’s attitude in craftsmanship is communicated through stage design. 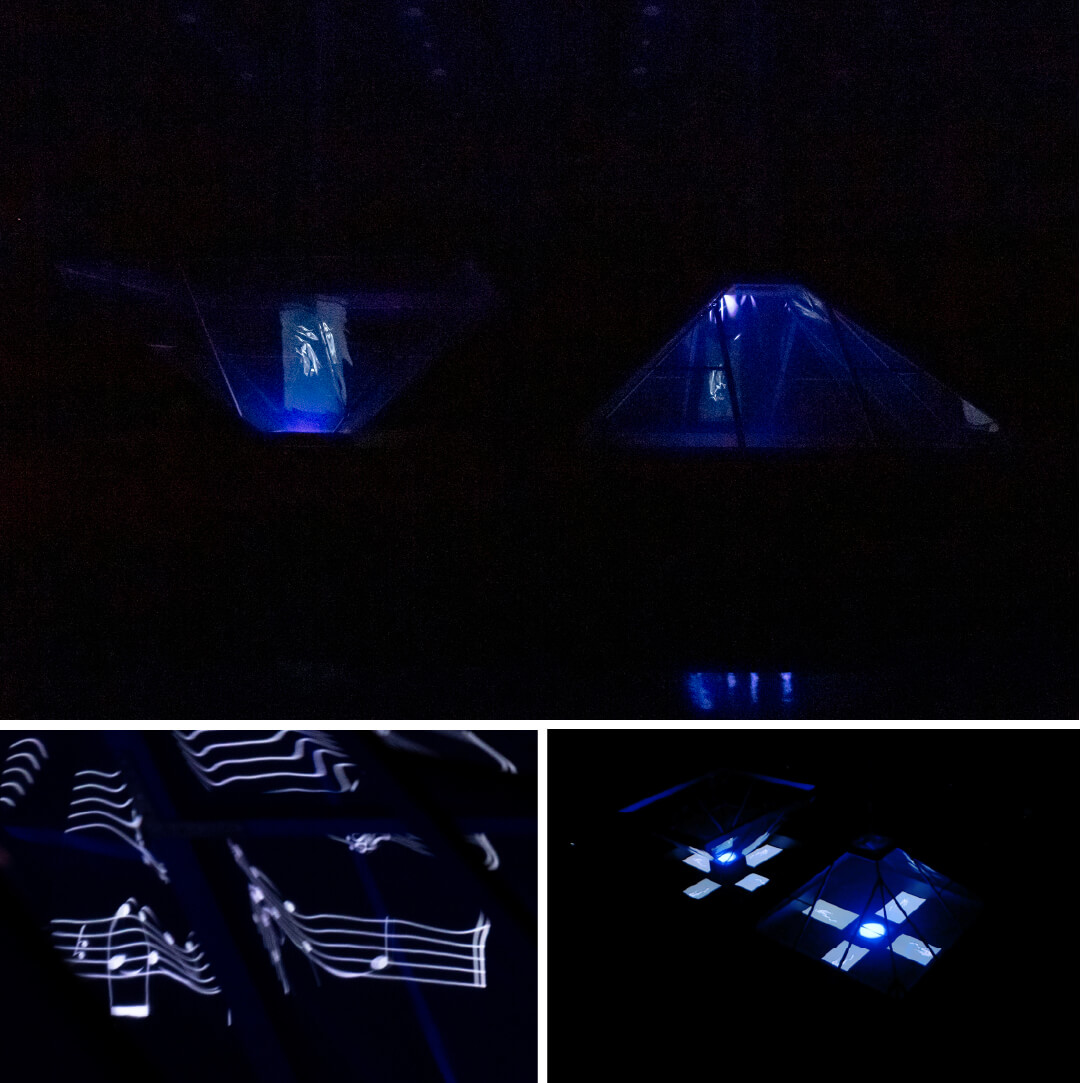 In the middle of the show, two music scores were projected on the upside-down pyramids.
The music plays an upside-down melody, which resonates with the pieces in the show,
garments that function at the same level even when they are flipped upside down.

From the “Aria”, which is the beginning of the music, to the 30th variation, until the final “Aria da Capo”, the music concludes with a return to the first “Aria”.
The Goldberg Variations is also linked to the “SELF-LOVE MOVIE” presented at Paris Collection where the model’s self-absorption and self-loathing escalated,
as she keeps questioning whether the person she sees in the mirror is her true self along with the story. 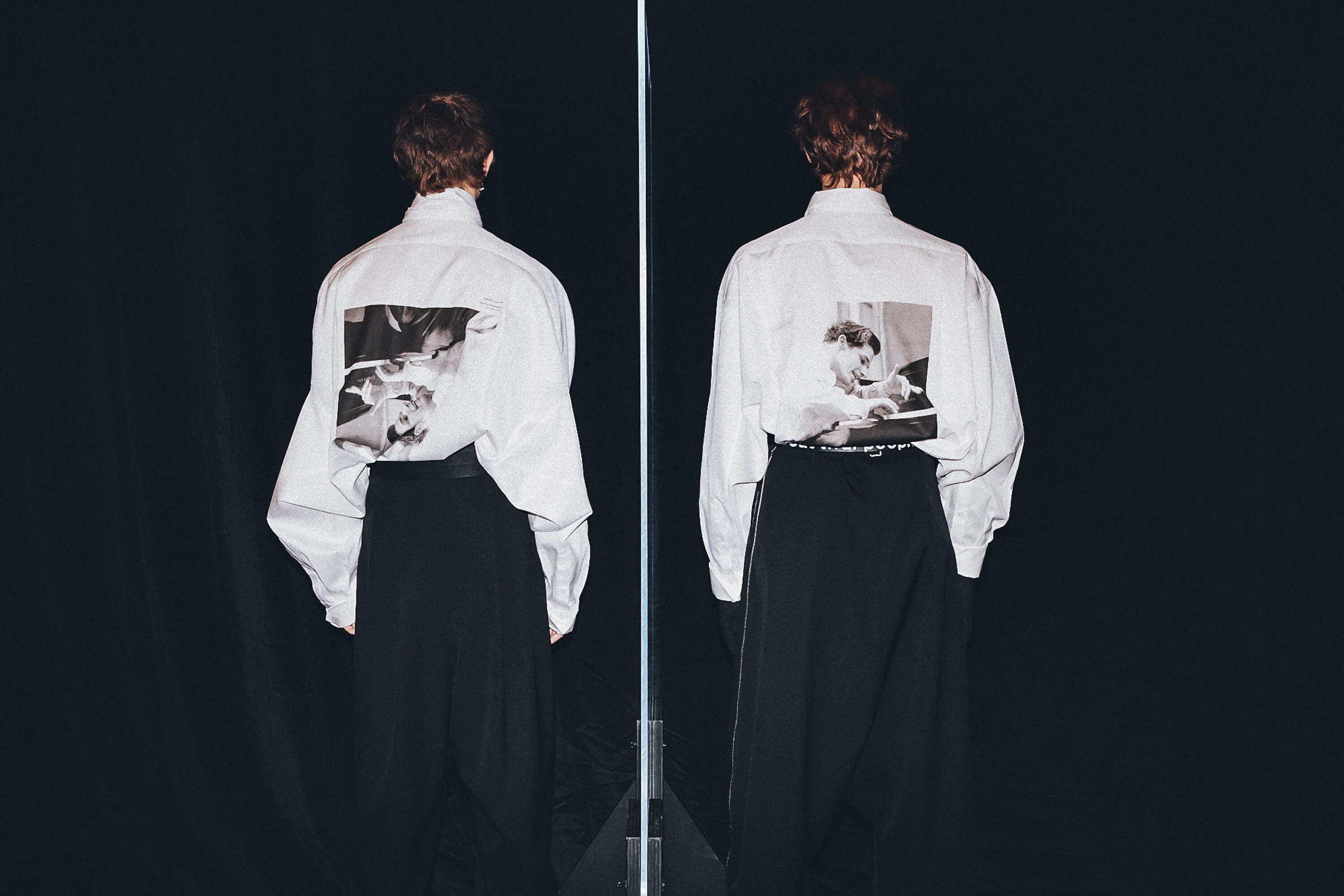 The first collaboration sneakers with Mizuno that featured in the show are now on sale. 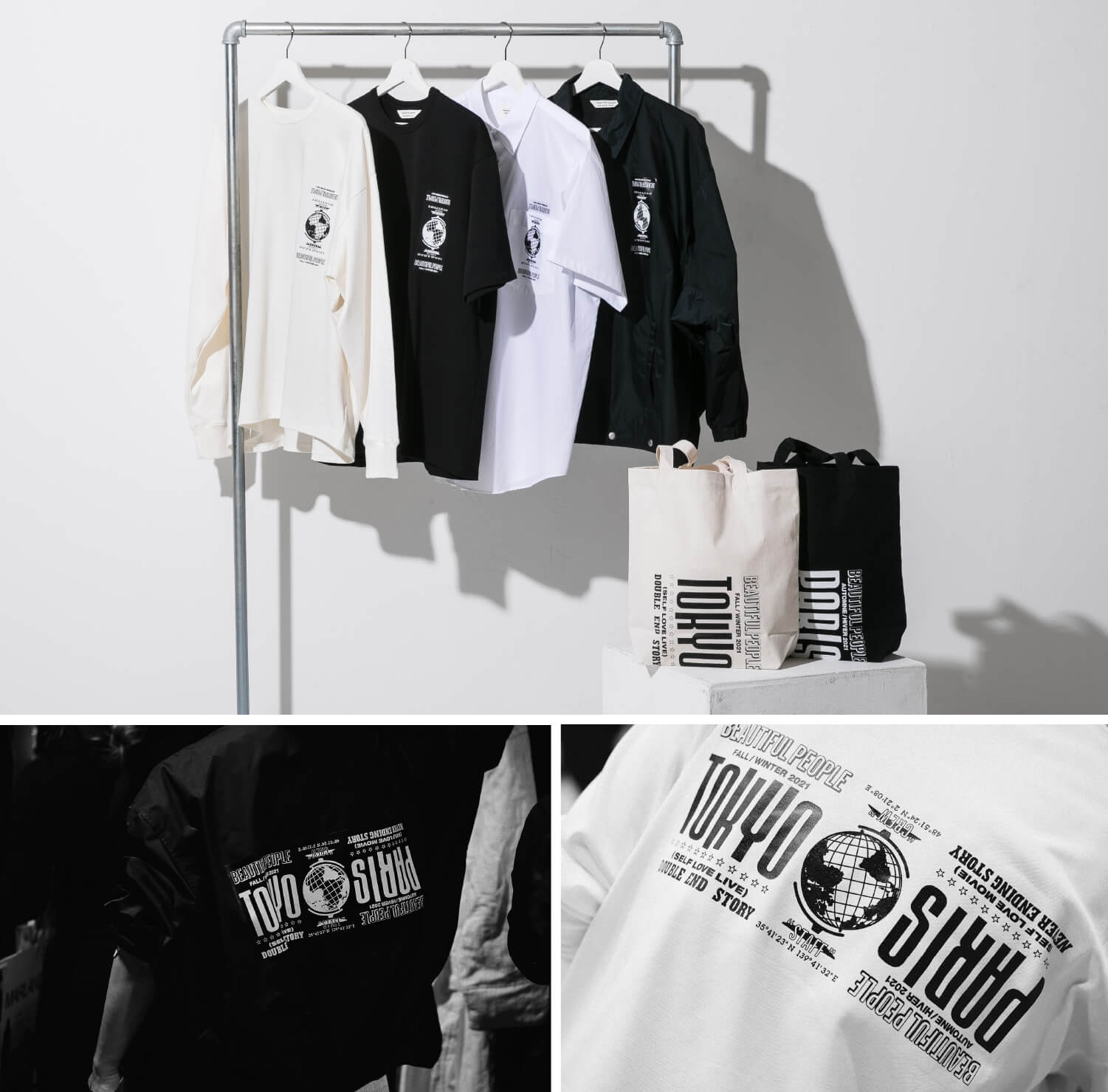 Based on the theme of “DOUBLE-END” which inspired by double-ended tools and pens,
five items are now available for a limited time from March 15 to March 31, including items that can be worn in 2 ways by flipping the top and bottom, and items
with logos that function as the top and bottom of “Paris and Tokyo,” where beautiful people is based.

You can watch the Paris Fashion Week 2021 Fall/Winter collection below.